Between the 12th and 20th October, the streets and different performance venues in Dunoon were bustling with visitors and competitors all taking part in the Royal National Mod, celebrating the Gaelic language, Gaelic literature, history, music and art. Cowal Fiddle Workshop hosted a very successful Fiddlers' Rally, voted 'the best ever'   when almost 60 musicians, from all over Scotland,  took to the stage to play a great selection of traditional tunes, conducted by Allan MacDougall. The musicians also played the backing for Mod Gold Medallist and Gaelic Ambassador Eilidh Cormack as well as for the Argentinian Gaelic choir.

The workshop entered both a junior group and a senior group into the competitions. Both groups played with great enthusiasm and received high commendations for their playing. The juniors were awarded third place in their age group whilst the adults were awarded second place for the Dr and Mrs Atholl Quaich. Congratulations to all! 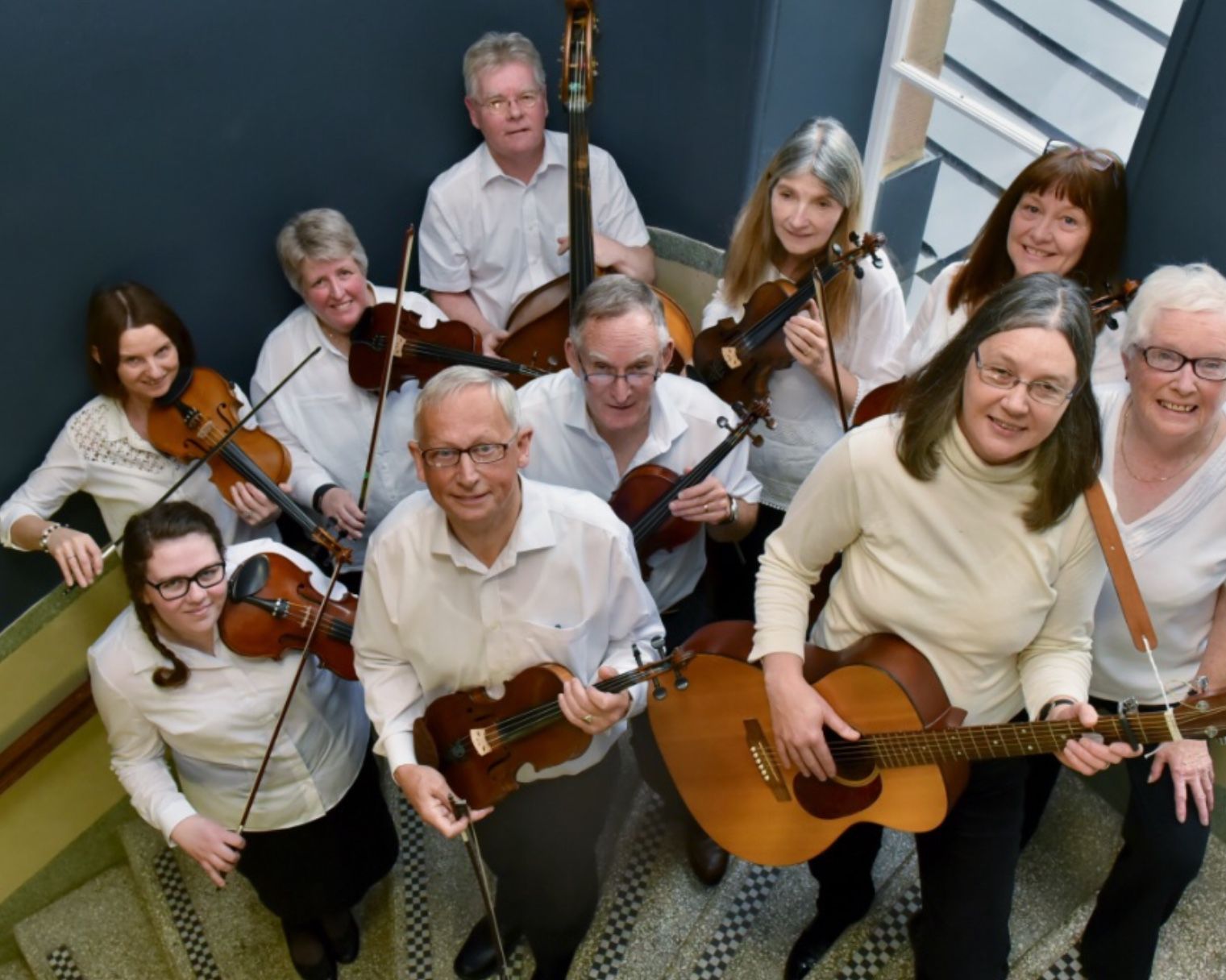 It is estimated that the Royal National Mod brings in an estimated £2.5 million to the local economy so there are always many towns and cities around Scotland keen to host future festivals. Next year, the MOD will be in Glasgow. How on earth can they compete with the vibrant atmoshere and successful organisation so apparent in Dunoon? Cowal Fiddle Workshop would like to express its thanks to Eilidh Cormack, Gaelic Ambassador of the Year 2018.

Members of the workshop play a mixture of popular songs and Scottish dance music at the Saturday afternoon ceilidhs run by the local P.A.C.C.T. organisation (People and Agencies of Cowal Coming Together) at St Mun's Hall in Dunoon.   Members can view the schedule of P.A.C.C.T. ceilidhs on the Information page.

The workshop also holds an annual fund-raising concert,as well as local charity concerts. Please contact the workshop if you wish the workshop to play at an event for you.