The inaugural Dunoon Scottish Music Workshop, held at the Burgh Hall between the 13-15 July, 2018, proved to be a roaring success as musicians came from far and wide to participate. The relationship between the three tutors, Alistair McCulloch (fiddle), Aaron Jones (Guitar/voice) and Marc Duff (whistles) added an extra dimension to the tuition and compositions played. The atmosphere during the whole weekend was vibrant and many of the players enjoyed jamming sessions in MacClure's bar on the Friday night and in the Burgh Hall later on the Saturday night. Prior to this, the three tutors gave an inspiring performance based on their new CD 'Off the Hook.' On the Sunday, the final morning of the workshop, all three instrumental groups met in the main hall to play several of the pieces together.  The 'Dunoon Traditional Music Orchestra'was born! 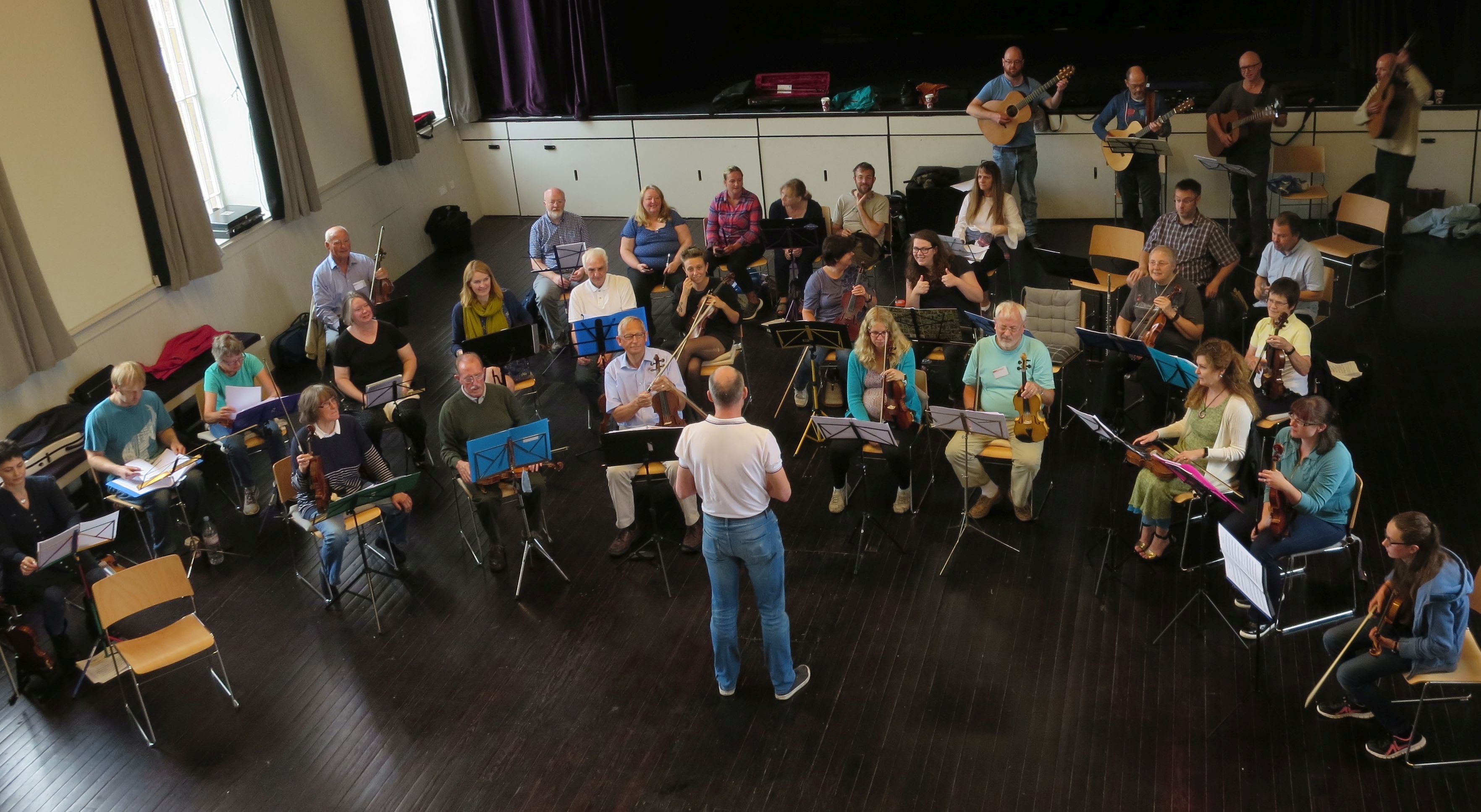 Members of the workshop play a mixture of popular songs and Scottish dance music at the Saturday afternoon ceilidhs run by the local P.A.C.C.T. organisation (People and Agencies of Cowal Coming Together) at St Mun's Hall in Dunoon.   Members can view the schedule of P.A.C.C.T. ceilidhs on the Information page.

The workshop also holds an annual fund-raising concert,as well as local charity concerts. Please contact the workshop if you wish the workshop to play at an event for you.